This is a bit of a different topic to what I normally write about, but I am really interested as to why the gender pay gap exists and what it means for women in todays society.

Before I dive any deeper into the subject, the gender pay gap is the average difference between the remuneration for men and women who are working.

There are actually two types of pay gaps. The non-adjusted pay-gap is the overall difference in average pay for men and women. Whereas, the adjusted pay gap, which normally shows a smaller difference in pay, takes into consideration the hours worked, occupation chosen, education and experience.

Take a look at these statistics: in the United States, the non-adjusted average female’s annual salary is 79% of the average male. Whereas, the adjusted gender pay gap suggests that women earn 95% of the average salary.

However, regardless of whether you look at the adjusted or non adjusted pay gap, women are still getting paid less. It’s still not fair. And all over the world, woman are demanding equal pay for equal work.

However, this ‘equal pay for equal work’ suggest that women are being discriminated against. And, in most first world countries, thats not completely the case. Most countries have government policies, legal protection, and business practices, such as regular pay assessments of earnings by gender and pay transparency, that protect women from discrimination.

So, if there’s no apparent discrimination, then why is there still a gender pay gap?

One main reason for the gender pay gap: Women have babies

When you compare men and women at the beginning of their careers, with similar education and experience, the gender pay gap of earnings doesn’t really exist. It isn’t until about 10 years on that it becomes apparent, when women start to have babies.

This originates from years ago, when women weren’t expected to work out side of the home. They weren’t as well educated at the men. And, although they were allowed simple jobs (e.g., clerical work or factory work), a career was absolutely out of the question. On top of all this, women were discriminated against as employers. It actually used to be perfectly legal to put out adverts for male only positions.

However, a lot of this has changed since then. It is illegal, in most countries, to advertise for male only positions, so why does this gender pay gap still exist? Because the social norm is that women are assumed to be the primary care giver still exists. We all believe that a women should be the primary caregiver and do the job of raising a child.

So, when a women has a baby, they have to take time off work. This means that they miss out on promotions and on career progression opportunities. Interestingly, women without kids in the United States earn 96% of every dollar a man earns.

So, what it is clear to see, is that there is a ‘motherhood penalty’. Women are paid less because society tells them they have to care for a child, and for as long as this gender norm exists, so will the gender pay gap.

On a positive though, many women don’t see this as a penalty. They took the choice to become mothers and they are happy to raise a child at the sacrifice of a career. They are happy to seek lower paid jobs that offer more flexibility, because they want to be at home with their children.

Examples of countries who have reduced the pay gap

In 1975, women protested against the gender pay gap and threw a strive. Without women in their jobs, businesses could not stay open and they realised they needed to increase their pay.

In 1981, Iceland got its first female prime minister. Shortly after, a law was passed, stating that all new mothers must get three months of fully paid maternity leave. In 1988, this was extended to six months. However, this just encouraged women to stay at home, reinforcing the social norms at the heart of the pay gap.

So, Iceland introduced paternity leave as a ‘use it or lose it’ policy in 2000. Due to this, businesses expect that both men and women to take some leave after they have a baby, meaning men and women are offered equal opportunities. In 2004, women earned $0.81 for every dollar a man made. Now, women in Iceland make about 90 cent on every dollar that men make.

After this, the population of Rwanda became 60-70% woman and women were left with no choice but to step into the workforce in huge numbers. The government realized that to rebuild Rwanda, they needed woman and they needed women in power. So, they put equal rights between men and women and by law it is essential that 30% of representatives at all levels of government must be women.

In Rwanda now, women hold 61% of the seat in government, the highest in the world. A woman is just as likely as a man to work outside the home. And, they even have a ‘gender monitor’ position, who ensures that programs are complying with goals of equality. In Rwanda, the pay gap is $0.86 cent on the dollar.

The bottom line is that, whether being a mother is a choice or not, every woman should have the right to be a mother, without being penalized at work. In order to see this change, we need a huge cultural shift that changes the social norms surrounding caregivers.

How do we change this norm? Start with men.

Men need to see that they can be just as responsible as their partner for childcare. This will allow women to have the same opportunities as men. They won’t have to take lower paid job or lower level jobs to have children and they’ll be just as likely as men to miss out on promotions and thus, the gender pay gap will reduce. 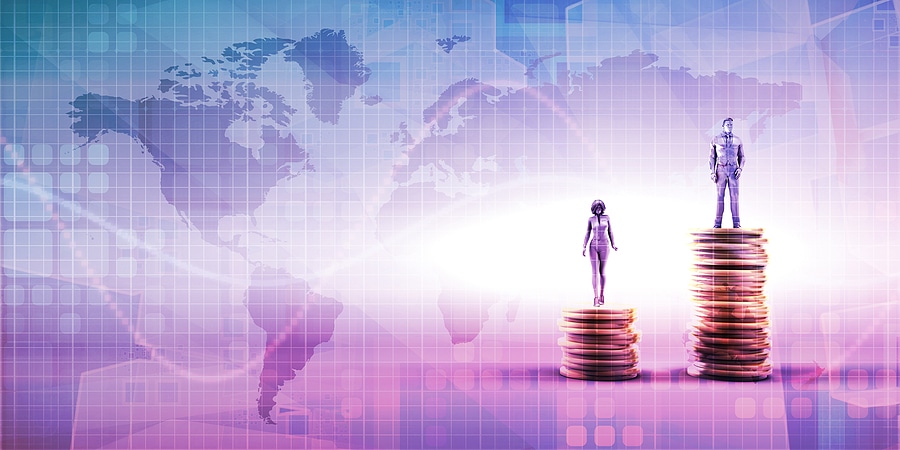