A Glance into the History of the 8 Jungian Functions

Carl Jung, the famous Swiss psychiatrist, proposed his model of the eight (8) functions in his work, Psychological Types (1921). He divided the functions into two groups, extraverted (tethered in the external world) and introverted (unfolded in the inner world).

Jung’s work would later be built upon by Isabel Briggs Myers and her mother Katharine Cook Briggs, who created a personality model we know today as the Myers-Briggs Type Indicator (MBTI®). The Myers-Briggs approach used scales for Extraversion-Introversion, Sensing-Intuition and Thinking-Feeling based on Jung’s work and then added a fourth dimension of their own, Judging-Perceiving. The result is 4 different scales on which a person will be assigned one of two possible values. Thus there are 16 combinations (2 x 2 x 2 x 2 = 16).

Each of the 16 personality types have four cognitive functions in alternating directions (i.e. introverted then extraverted, or vice versa), which can be thought of as four “puzzle pieces” in a particular type. External factors such as upbringing and stress can alter the way each function manifests.

The four (4) personality scales as proposed by Briggs and Myers:

As mentioned, the first three above are based on Jung’s work with the fourth added by Myers-Briggs. According to Jung, the “cognitive functions” are the two scales of Sensing-Intuition and Thinking-Feeling. These are the ways in which humans process information and think about the world. Then each function can be expressed both in an extraverted manner or an introverted manner. As such, Jung didn’t really view people as “extraverts” and “introverts” but rather was more focused on the extraverted or introverted expression of each of the four cognitive functions.

Descriptions of the Eight (8) Cognitive Functions

Now let’s discuss the eight different cognitive functions originally outlined by Jung. His theory proposed that for each of the 4 functions (Sensing, Intuition, Thinking and Feeling) each person would generally either extravert (display outwardly or externally) or introvert (consider inwardly or internally) that function.

As you read below, consider each function and its expression. Are you more Se or Si? Does Te or Ti come more naturally for you?

Taking action, using all five senses, going forward. Se takes in the present moment in its entirety, and makes rapid decisions on the fly. During times of crisis and emergencies, individuals with primary or auxiliary Se can make the best out of the situation.

Associations, metaphors, nostalgia. Si can travel back to any point in time through a single scent or sound. Important information (and sometimes interesting trivia) is stored in filing cabinets, where it can be retrieved at any later time.

Brainstorming, thinking outside the box, idea generation. Ne easily hops from idea to idea, while making abstract connections. Many artists—especially poets—use significant Ne in their work. To the outside, Ne seems quick, random, and extremely “jumpy.”

Time-space awareness, predicting the future, hunches. Ni is a far-reaching, visionary function—and can picture the future, sometimes with scary-accurate results.

Expressive emotions, social norms, etiquette. Fe respects the consensus of the group, and puts harmony above personal desires. The function often acts as a mediator between groups, as it naturally puts others’ needs above its own.

Values, notions of “right” and “wrong,” likes and dislikes. Fi is a deeply personal and intense function that digs to the core of the human condition. Convictions, morals, and strong beliefs all fall under the Fi umbrella.

What are YOUR Functions and Cognitive Stack?

According to Jung’s theory, each person would essentially predominantly display each function (Sensing, Intuition, Thinking, Feeling) in either an extraverted or introverted manner. So of the 8 functions listed above, you’d have 4 of them. If you favor Extraverted Intuition (Ne) it doesn’t mean you can’t use Introverted Intuition (Ni) but rather just that it is less common for you and thus Ne is your primary mode of Intuition. Since Intuition and Sensing are together on scale, if you extravert your Intuition then you tend to introvert your Sensing. So you’d have Ne and Si.

Next you must consider your Thinking-Feeling scale. If this same person tends to externalize (or extravert) their Thinking in the real world then we have a Te, and thus by definition the Feeling would be introverted (Fi). So we have Ne, Si, Te, Fi.  But not necessarily in that order.  That’s when functional stacking steps in. Each individual uses both Thinking and Feeling functions, which makes the cut-and-dried type system overly simplistic.

The next task is to determine which function is primary, auxiliary, tertiary and inferior. This is when the concept of functional “stacking” comes in handy. Whichever is most natural is likely the primary, and so on. This is the order of the “stack”, which of your functions comes first or primary, and which comes last or inferior. Let’s say the order in this case is was Ne, Fi, Te, Si. That translates to the ENFP personality type.

Certainly the primary and auxiliary functions are those that come most natural to an individual, and are likely to characterize their outward personality. But while these tendencies may be seen quite obviously on the surface, they don’t fully address one’s personality. The tertiary and inferior functions are also crucial to understand.

If we only consider the four letters in ENFP (Extraverted, Intuitive, Feeling, Perceiving), for example, it would be next to impossible to see the hidden extraverted thinking (Te) and introverted sensing (Si) in their stacking. ENFPs are more than just their bubbly, charismatic and energetic stereotype. Their Te allows them to systematically work through their tasks and Si with their (often overlooked) excellent memory for details. This can make them excellent PR managers, communications specialists, and journalists.

Another example of hidden functions in play can be seen in the INTJ (Introverted, Intuitive, Thinking, Judging). INTJs are often dubbed by the entertainment and film industry as chess grandmasters who are strategic, sometimes cunning, and sometimes cold. However, they have introverted feeling (Fi) and extraverted sensing (Se) as their respective third and fourth function. INTJs have strong morals and hold their loved ones dear to their hearts. When under stress, they can become acutely aware of their surroundings and an asset to any team.

How Does this Relate to “Personality Typing”?

This is the underlying theory behind the Myers-Briggs model and behind most models that also use the 16 personality types nomenclature. There is no shortage of different “personality tests” online that you can take that will attempt to determine what your functions are (Fe vs Fi, Te vs Ti, etc.) and in what order they are “stacked”. This then determines which of the 16 types you fall into. While the tests are certainly convenient, any such self-assessment is naturally rigid and prone to testing limitations and thus is never able to get a fully-accurate picture of a human being.

Oftentimes a test may have you near the middle in one or more of the scales. Take an INTJ and INTP for example. The only difference in terms of the letters is the J vs. P at the end. However, the two types are actually much more different than would seem once you consider their functions and cognitive stack:

When you look at the above functions for each type, they don’t share ANY of the same functions – each is almost a mirror opposite of the other. What is most similar is the order or stacking of the Intuition and Thinking above Sensing and Feeling. Thus, having a better understanding of the underlying type theory here can help you not only to better understand your type, but also to determine your type should you find that you get different results from different tests or from subsequent attempts at the same test. If you find that you’re in between on one letter, look further into the cognition functions outlined above to see which seem to most accurately describe your common or default mode.

Summing Up: The 8 Jungian Functions for Career Selection

We’ve taken a look at the eight (8) Jungian functions from a careers’ perspective as well as considered how these functions align with personality type theory. As an extension of the 16 personality types, it’s yet another useful resource in the self-understanding and career direction toolbox.

Each of the 16 personality types have a stack of four functions, in descending order: primary, auxiliary, tertiary, and inferior. Typically, people select careers which focus on their strongest two; their natural strengths. The idea here is that these are areas where you will excel. Could you still be successful in a career that is more aligned with your tertiary function? Perhaps, but it would be more of an uphill battle and generally not as natural of a fit.

Want to get a better understanding of your cognitive functions or type? Start by taking a credible, reliable personality test based on the 16 types approach or one of the other popular personality testing models. Then visit our career guides page and filter to find careers that are most closely aligned with your personality type.

This piece was written collaboratively by both Jon Payne & Lily Yuan.

PrevPreviousQuarantine: 7 “New Career” Jobs You Can Train For in 6 to 12 weeks
NextCareer Counselors vs. Career Coaches: What’s the difference, and which do you need?Next 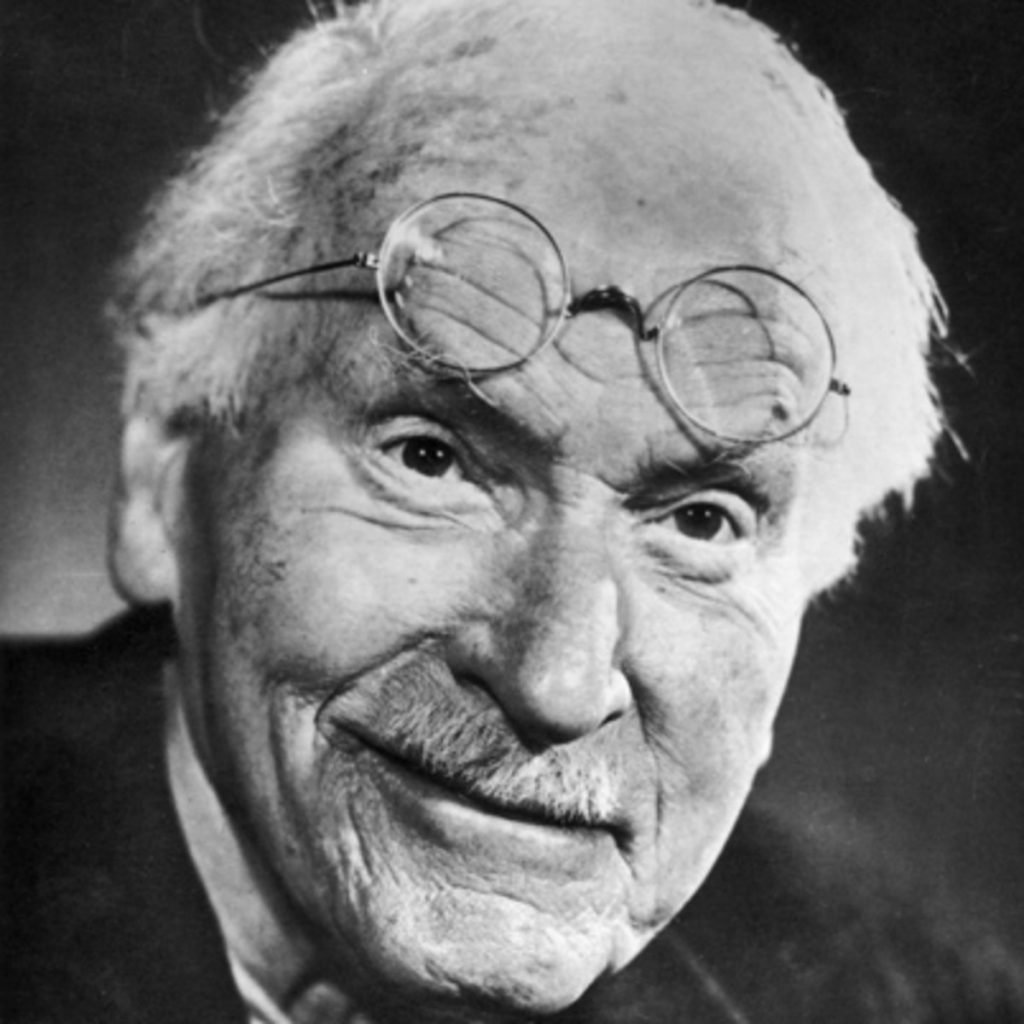