Skip to content
Home > Blog > The “Big Five” model of Personality: an introduction and review

The “Big Five” model of Personality: an introduction and review

The trait theory, which is different to the type theory of personality, proposes that traits are aspects of personality that are relatively stable over time and situations differ across individuals and influence human behavior.

There are different trait perspectives to personality and there has always been, and most likely always will be, a disagreement on exactly how many personality traits should be measured to explain human behavior. Some psychologists argue that using three traits is enough to describe human personality. Whereas others argue that we can measure personality across six broad traits, whilst some propose using as many as ten.

However, despite the conflicting opinions of psychologists, the big five model is undoubtably the most researched, well-known, well-recognized and well used trait model of personality. There is a vast and growing body of research evidence surrounding the usefulness of the five-trait theory both in research and practice.

In short, the big five suggests that all people, regardless of gender, age or culture, share the same basic personality traits, but that they differ in the degree of manifestation. This means that the traits are measured on a scale from one thing, to the opposite of it, and that we can sit at any point on the scale of that trait.

When remembering the five traits, many find it helpful to use the acronym ‘OCEAN’.

The O stands for openness. Someone who scores high on openness to experience will be inventive and curious. Typically, they will have an appreciation for art, they like unusual ideas, they are curious about finding new experiences and have a sense of adventure.

The C stands for conscientiousness. Someone high on conscientiousness is efficient, dutiful, self-disciplined and organized. They often strive for achievement, can be stubborn and they tend to focus on planned behavior. At the opposite end of the scale, people are easy-going and careless. They tend to be more spontaneous and focused on fun. Interestingly, it has been found, over and over again, that the average level of conscientiousness rises among young adults and then declines again.

The E stands for extroversion. Those high on extroversion are outgoing enthusiastic and energetic. They seek external activity, are action oriented and enjoy interacting with others. At the other end of the scale are introverts. These individuals tend to be quiet, low-key and deliberate. They do not seek external activity or stimulation and are therefore less involved in their social world.

The A stands for agreeableness. At one end of the scale, agreeable individuals are friendly, considerate, trusting, helpful and compassionate. They have a general concern for social harmony and tend to value getting along with others. At the opposite end of the scale are those who place self-interest above getting along with others. These individuals are less concerned with the well-being of others and tend to be challenging, detached, argumentative and competitive.

Finally, the N stands for neuroticism. Individuals high on the neurotic scale tend to be sensitive, anxious and nervous. They are more emotionally reactive and tend to perceive situations as threatening and difficult. Due to this, they have the tendency to experience negative emotions and be vulnerable to stress.

Is the big five worthy of its popularity?

Not only has the model has been shown to be found across different cultures, highlighting the existence of five universal traits to describe human personality. The framework has also, time and time again, been deemed useful and showed strong application for use in researching personality and for us in the assessment of personality in practice.

What is more, is that the scale used to measure the Big Five, the Big Five Inventory, has been shown to have excellent psychometric properties, such as a clear factor structure and good validity.

Unlike other measures of personality, the big five personality traits have been explored in relation to many outcomes. Of particular interest is the exploration of the five traits and job satisfaction, with a  large meta-analytic study finding that emotional stability, conscientiousness and extroversion were the top traits to predict general job satisfaction.

There is also research to suggest that there is a link between each of the big-five traits and success in certain fields as each trait will be more productive in certain occupations and have an occupational preference.

Specifically, it has been found, in a different study, that as conscientious individuals are time bound, planned and organized, they tend to strive and succeed in jobs in the public sector, such as in the military or police.

The same study found that those who are high on openness to experience tend to make great entrepreneurs because of their ability to make risky decisions, adapt to a variety of situations and use their initiative and imagination.

As extroverts prefer to work in team-oriented workplaces, they tend to excel in jobs that involve interactions with others, such as managers or sales personnel. At the opposite end, due to their reserved and withdrawn nature, introverts tend to excel more in individualized and solo work environments.

Finally, agreeable individuals tend to prefer, and excel in, careers that involve working collaboratively with others, such as managerial positions or social and non-profit work because of the regard needed for others and desire to cooperate.

So, there you have it; a trait-based model of personality based on scientific evidence, and one that has shown clear links to career choice and job satisfaction.

As always, let me know your thoughts and opinions on this model in the comments section below. Do you prefer trait theory or type theory? Would you say these five traits are good enough to measure human behavior?

PrevPreviousTrait Theory vs. State Theory: Why we shouldn’t confuse our personality with our response to situations
NextPersonality Assessments for the Workplace: a Scientific Review of 13 Top ModelsNext 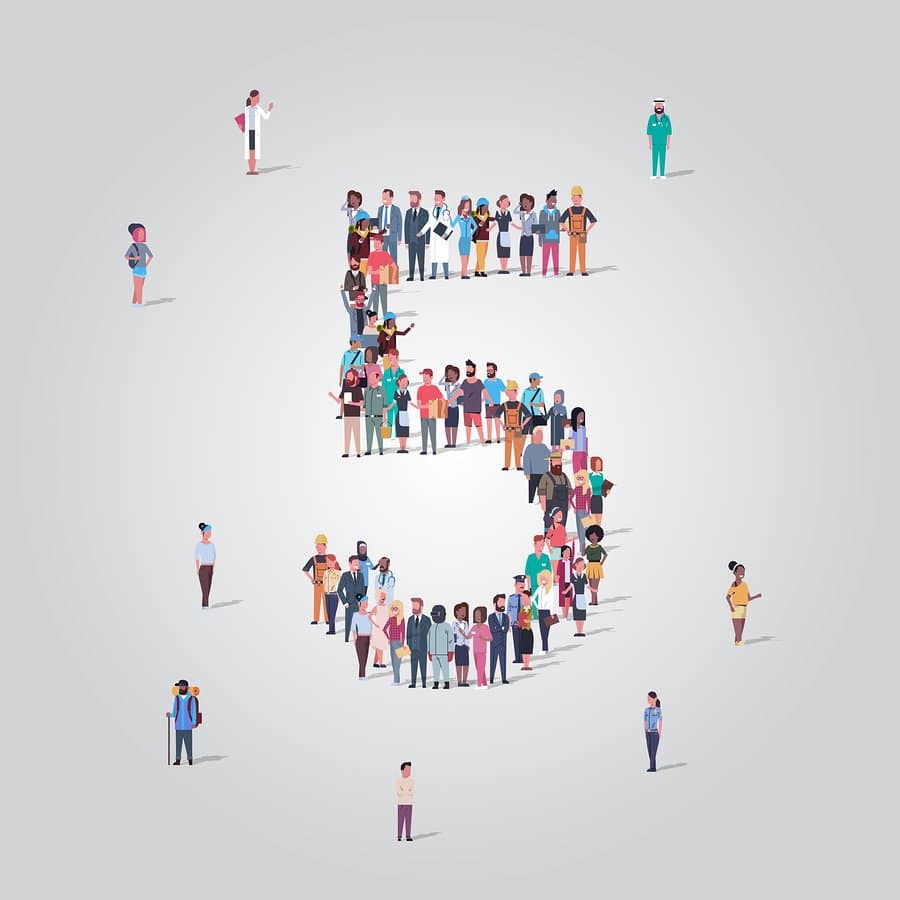