INTPs are called The Thinkers (and sometimes “The Architect”) for a reason: these personality types enjoy dealing with things logically and rationally. Level-headed and ready to troubleshoot, the INTP tackles things independently and are often absorbed in thought… often appearing oblivious to the world around them!

In this article, we will explore the INTP in-depth – looking at their traits, strengths and weaknesses, career options and famous INTPs!

The INTP, or the Thinker, is one of the of the “16 personality types” that we see in several different models based on the work of Carl Jung. These models include the Myers-Briggs Type Indicator (MBTI) and Keirsey Temperament Sorter, among others.

INTP represents an individual who is Introverted, iNtuitive, Thinking and Perceiving. This means that they are energized by spending time along, they focus on ideas and concepts, make decisions on logic and reason, and prefer to be spontaneous and flexible.

INTPs are introverts and prefer spending time alone. Because of their need for solitude, they can sometimes come off as detached and aloof. However, while they may be introverts, INTPs will find harmony in small groups. Those with this personality type come across as shy to individuals they may not know well but in a small circle INTPs are warm and friendly. Many INTPs are quite outgoing when in company of those they feel comfortable with but tend to withdraw when stressed. Relying on knowledge and fact rather than emotion can cause INTPs to seem quite unyielding if their beliefs or convictions are questioned. High value is placed on intelligence which makes it difficult for INTPs to not speak up and argue their case when others present an argument that is not rational or logical.

They have a knack for coming up with out of the box solutions and gravitate using reasoning rather than following the crowd. But before offering any type of solution, they like to have all the facts and a complete understanding of the problem. INTPs spend time looking at it from all angles and use not only imagination to see other possibilities, but past experiences as well. They take pride in categorizing things to able to compare and contrast whenever anything new comes along. INTPs look at the big picture and tend to think a lot about the future, imagining all the potential outcomes. For this reason, they can sometimes get lost in their own world.

Their nickname, “The Thinker” is given to them because these types are often found deeply absorbed in their own thought. They favor thinking, opposed to feeling, and tend to be deeply philosophical, intelligent and seek understanding.

INTPs are highly logical and efficient thinkers making them thoughtful and precise. Being an abstract thinker makes them a perfect candidate to work independently or with small groups. INTPs value integrity and thrive in environments that allow them to address complex problems with creative thinking (hence their nickname, “the Thinkers”).

However, they can be difficult to get to know. Due to a preference of rational and logical thinking, INTPs can come across a bit insensitive to those who deal more with the emotional side of things. Forming friendships is hard, but keep in mind that when an INTP connects and finds their tribe, they become very close.

Each of the 16 personality types has four cognitive functions, as introduced by Carl Jung. These functions are the two scales of Sensing-Intuition (used to process information) and Thinking-Feeling (used to make decisions), each of which can be expressed both in an extraverted manner (e.g., displayed outwardly/externally) or an introverted manner (e.g., displayed inwardly or internally). The INTP  has a ‘Ti, Ne, Si, Fe” cognitive stack. However, they are called the ‘TiNe” due to their top two functions. This cognitive stacks means that: 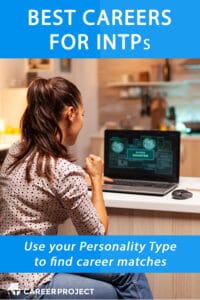 Given their nickname, “Thinkers”, it is hardly surprising the INTPs will excel at careers that allow them to use their intellect, analytical thinking, and the ability to use their reasoning skills alongside their creativity. INTPs are a rare breed and will usually be drawn to technology and science because these areas give them the perfect environment to excel. INTPs can be successful in almost any field. They are generally found in careers that allow them to work more with ideas than people. Although, many INTPs feel that human experiences are the ultimate problems to solve. Some career possibilities include computer programmer, architect and graphic designer.

Check out our comprehensive page on INTP careers to see more job titles specific to INTPs.

The INTP is one of the least common personality types, only making up around 3% of the general population. Due to their intellectual gift, “Thinkers” are naturally drawn to scientific fields. Therefore, famous INTPs include:

“We cannot solve our problems with the same thinking we used to create them.”
– Albert Einstein

“If you would be a real seeker after truth, it is necessary that at least once in your life you doubt, as far as possible, all things.”
– Rene Descartes

“Nothing in life is to be feared, it is only to be understood. Now is the time to understand more, so that we may fear less.”
– Marie Curie

“There is frequently more to be learned from the unexpected questions of a child than the discourses of men.”
– John Locke

Those who score as an INTP will sit somewhere on the identity scale, ranging from assertive (A) to turbulent (T). An INTP-A is self-confident and self-assured. They tend to be confident in their choices and aren’t particularly influenced by others. As a result, they are likely to seek independent careers where they can create distance between themselves and others.

The INTP-T, on the other hand, are far less confident and self-assured. They are more easily influenced by the opinion of others and seeking their approval. Unlike an INTP-A, they are likely to change their goals. However, both these things make them more adaptable, flexible and able to thrive in less independent careers.

The Career Project can help you find rewarding work that is well suited to your skills and abilities. Browse our career guides t0 learn about different career options. Or, check out our job profiles, which are informational interviews with real-world professionals sharing their “inside scoop” on what their job is really like. 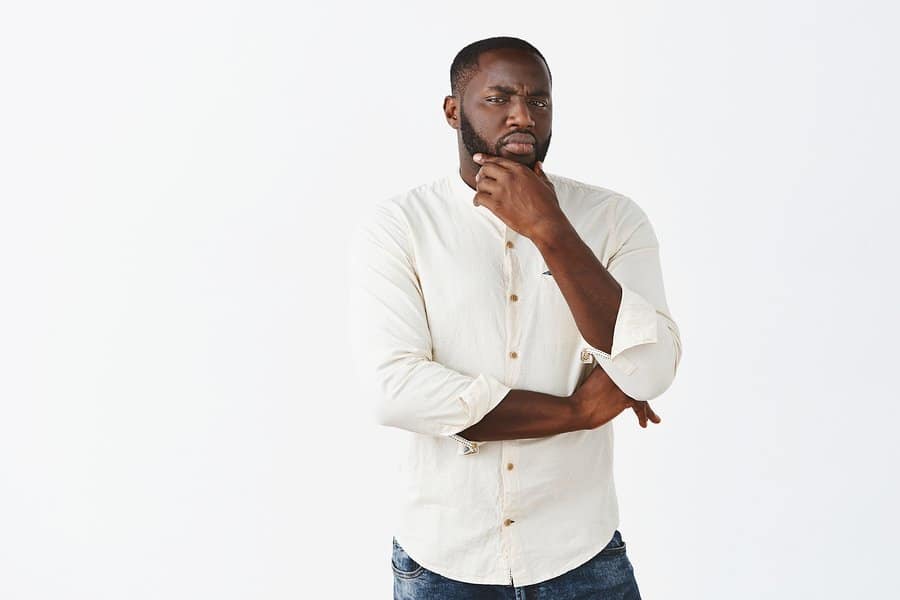