How to Deal With Conflict at Work

Throughout our lives, we will all find ourselves facing conflict at home, at work or in our social circle. We all deal with this conflict in different ways. However, when at work, your reputation and job are on the line. So, it is very important to know how to deal with conflict at work

What is conflict at work?

Conflict at work is inevitable. People from different backgrounds, with different views, different working styles and different ideas are brought together for a shared purpose. And, according to a CPP Global Human Capital Report, employees in the United States spend approximately 2.8 hours each week involved in conflict. This amounts to roughly $359 billion in hours paid that are filled with conflict instead of work.

Conflict at work can be anything, such as getting annoyed over someone typing too loudly, to being discriminatory or degrading. The main causes of conflict tend to arise from personality clashes, unrealistic expectations, poor management, unfair treatment, unclear job roles, inadequate training, poor communication, poor work environment and much more.

Whatever it is, where it stems from, conflict at work should be managed and resolved professionally. And we, as employees, must learn how to deal with it effectively. Below, are six tips on how to solve workplace conflict in a professional, effective and timely manner.

Of course, effective workplaces will have strategies for preventing conflict from occurring in the first place. But, when conflict does occur, the main thing we can do to deal with conflict at work is to hit the conflict head-on. There is zero point pretending that nothing has happened and that the conflict doesn’t exist. This will just cause emotions to build up and appear worse.

As every great counsellor has ever said: the first stage to dealing with any issue is acceptance. And work place conflict is no exception.

2. Talk with the other person

Once you’ve accepted the conflict, you now need to face it. The best way to do this is to ask the other person (or people, if theres more than one) to name a time when it would be convenient for them to meet and discuss your differences.

Top tip: pick a place where you won’t get interrupted by other colleagues. This place should also appear ‘mutual’. It shouldn’t be your desk, or their desk, as this might make the situation intimidating for the other participant.

3. Focus on behavior and events

When you have this conversation (in a mutual and none intimidating place!), make sure you don’t play the blame game. Confront them in a considerate way – don’t make blows at their personality. Instead, talk factually. Give specific examples of behaviors or events where they have caused conflict.

Instead of saying “we’ve got to this point because you’re obnoxious, inconsiderate and demanding” say “one thing that has upset me was when you asked for me to complete that piece of work, you ignored the other stresses in my life that I had told you about and made me feel like I wasn’t as good as you”. That way, the other person can clearly see what you mean. You never know, they may even be surprised that they’ve made you feel like that!

4. Listen to what the problem is

Now, what will be a hard pill to swallow for many of us is that fact that there is ALWAYS two sides to every story. Sure, whoever you’re trying to solve the conflict with will have upset you. But, the chances are, you’ll have upset them too.

When they are describing their issues to you, focus on active listening. This means giving your full attention to the speaker and ensuring that they know you are listening. Let them finish what they have to say, and then take some time to reflect and digest the issues that they have highlighted.

5. Make plans on how to fix the differences

All the above steps would be rather pointless if you made no attempt to rectify the conflict. In order to ensure that the same issue doesn’t arise again, make plans on how you both intend to change your behavior.

In these plans, you must both define what you feel is acceptable behavior and what actions you will take to respect the other person. Remember, you too will have to change – it won’t just be down to them.

6. Follow those plans to deal with conflict at work

In order to prevent the same conflict from arising over and over again, you need to ensure you follow the conflict prevention plans. It may help if you write what you want to change down on a piece of paper or a computer document and visit this regularly.

There are no two ways about it, conflict isn’t a lot of fun to deal with. But, it happens and we need to learn to deal with conflict at work.

Have you ever used any of the tips highlighted above to handle conflict? If yes, how did it go? Did the conflict get resolved? Or, has it occurred again? As always, let me know in the comments section below!

PrevPreviousWhat is Logotherapy and Can it Help Me?
NextHow To Stop Your Mental Health Challenges From Impacting Your Work LifeNext 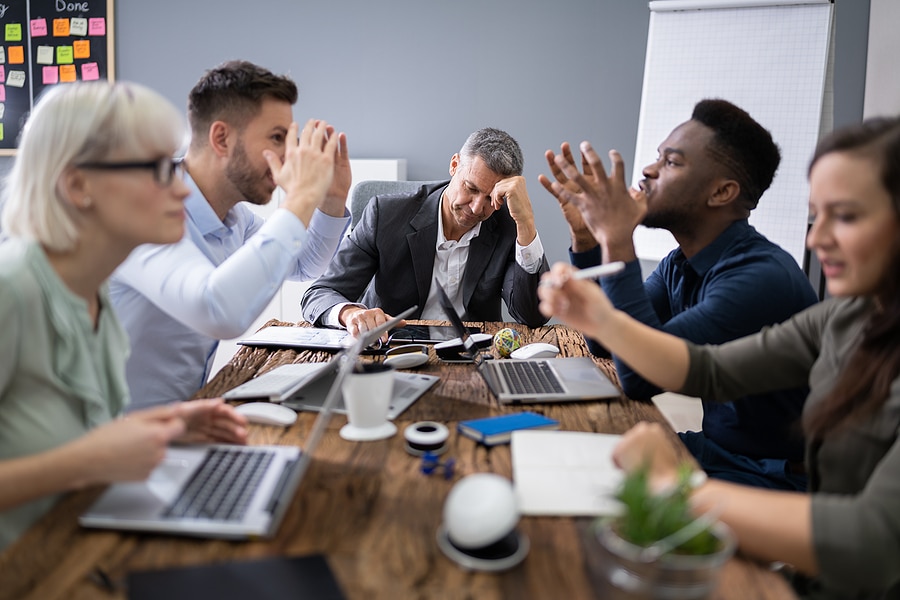