The ESTP, or the Entrepreneur (sometimes called the “Explorer”) is someone who is practical, observant and light-hearted. Often, ESTPs have high levels or energy and stamina and see life as one giant adventure.

In this article, we will dive into gaining a deeper insight of the ESTP. We will explore their traits, their strengths, their weaknesses, their cognitive functions and possible career considerations. Enjoy!

ESTP, or the Entrepreneur, is one of the of the “16 personality types” that we see in several different models based on the work of Carl Jung. These models include the Myers-Briggs Type Indicator (MBTI) and Keirsey Temperament Sorter, among others.

The ESTP represents Extroversion, Sensing, Thinking and Perceiving preferences. This indicates that the ESTP is a person who is energized by spending time with others, who focus on facts and details, who makes decisions based on logic and reason, and who prefers to be spontaneous and flexible.

The ESTP is what others would call a “straight shooter”. They enjoy action and are comfortable with risk. When evaluating a situation, they look at the facts and not necessarily the feelings of other people involved. They don’t have a lot of patience for theories, preferring to work in a more concrete and literal fashion. Although introspection isn’t a strong point, people can often count on the ESTP to jump right into a situation and get things done.

Often, the ESTP is considered the life of the party. They have an impact on their immediate surroundings with their confident, sociable and humorous attitude. The Entrepreneur loves to be the centre of attention, often being able to keep their conversations energetic, with a good dose of intelligence.

They get their nickname, “The Entrepreneur” because they are able to take criticism well and keep pushing through. They engage in risky behaviours, often living in the moment and diving into action. Their entrepreneurial nature means that can make critical decisions based on factual and immediate reality.

Strengths and Weaknesses of the ESTP

ESTPs are practical and observant, but they are also spontaneous and fun. Entrepreneurs  possess the ability to motivate people and come up with solutions to problems they probably would have never considered. They have the ability to perceive the motivations and attitudes of other people. When other types see rules as an absolute method of controlling behavior, the ESTP sees them more as an arbitrary guideline. When something needs to be done, ESTPs are more concerned about the task at hand than an exact interpretation of rules. This is not to say, however, that they don’t have a strong sense of integrity. ESTPs will not do anything they feel is wrong no matter how much they want to finish a task.

However, an ESTP, also has a strong flair for style and drama. They talk fast, move fast, and appreciate some of the finer things in life. They tend to have a hard-charging personality which means that sometimes, they hurt other people’s feelings without intending to. It’s not that they don’t care about them, it’s rather that the facts of a situation are more important than how any one person feels about it.

Each of the 16 personality types has four cognitive functions, as introduced by Carl Jung. These functions are the two scales of Sensing-Intuition (used to process information) and Thinking-Feeling (used to make decisions), each of which can be expressed both in an extraverted manner (e.g., displayed outwardly/externally) or an introverted manner (e.g., displayed inwardly or internally). The ESTP  has a ‘Se, Ti, Fe, Ni” cognitive stack. However, they are called the ‘NeTi” due to their top two functions. This cognitive stacks means that: 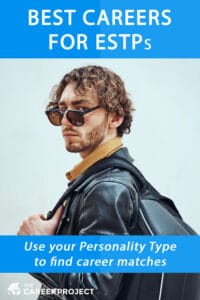 An ESTPs energetic nature makes them a good match for many different types of jobs. However, ESTPs should take into account that this personality type often have trouble working from a specific plan or following a project through to completion. They prefer  to initiate things and make up the details as you go along. ESTPs also have the ability to engage others and get past almost any type of objection. Based on this, ESTPs will make excellent investment bankers, construction managers, detectives and stockbrokers.

Check out our comprehensive page on ESTP careers to see more job titles specific to ESTPs.

The Entrepreneur makes up around 4% of the general population. Some famous ESTPs include:

“Learning to…live completely in the very second of the present with no before and no after is the greatest gift one can acquire.”
– Ernest Hemingway

“As opposed to sitting and waiting for something to happen, I love to… go after it.”
– Ryan Seacrest

Those who score as an ESTP will sit somewhere on the identity scale, ranging from assertive (A) to turbulent (T). Like all assertive types, the ESTP-A has a confidence in their abilities. They tend to see themselves making few mistakes and, if they do make mistakes, they are motivated by these obstacles.

The ESTP-T on the other hand, is far less bold than the ESTP-A. They tend to worry more and have a fear of making mistakes. However, this worrisome nature encourages them to be more thorough in order than assertive types!

The Career Project can help you find rewarding work that is well suited to your skills and abilities. Browse our career guides to learn about different career options. Or, check out our job profiles, which are informational interviews with real-world professionals sharing their “inside scoop” on what their job is really like. 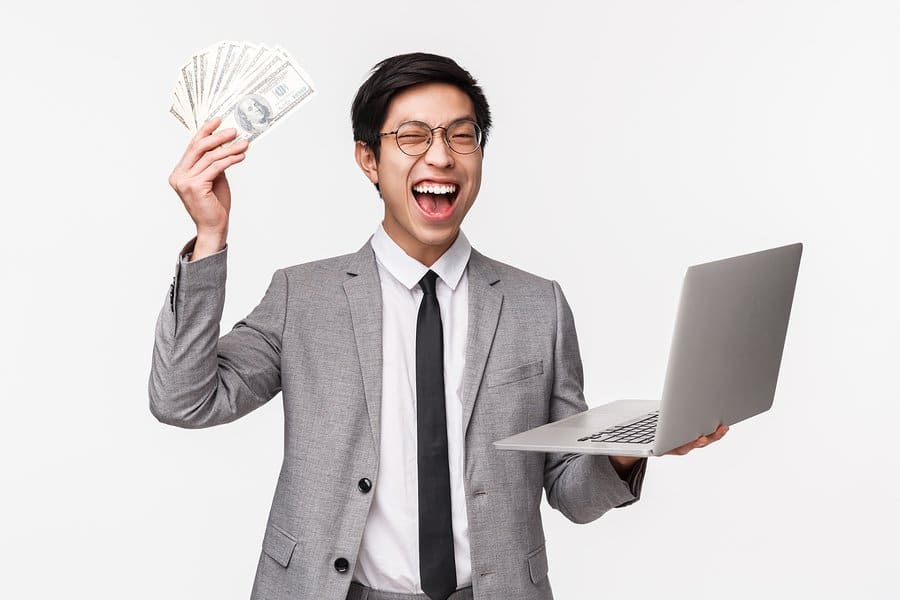