Skip to content
Home > Blog > Effective Altruism: How your job or career can make a meaningful contribution to society

Effective Altruism: How your job or career can make a meaningful contribution to society

What is Effective Altruism?

Effective Altruism is a philosophical and social movement. It advocates using evidence and reasoning to determine the most effective way to aid and benefit others.

‘Altruism‘ means having the selfless concern for the well-being of others. If you are altruistic, you have the strong desire to promote and protect someone else’s welfare.

A lot of us behave in an altruistic manner. We donate occasionally to charities. Maybe we’ve participated in charity fun run or relay race. Or, we might buy Christmas cards where the proceeds go to a particular charity.

Of course, this is doing a good thing – go you!

But, the problem is, we’re not being altruistic to the best of our ability – and I think we already know this.

Making a difference in a way you can

“But how can I do this?” you may ask. “I want to make a difference, but I am only just out of college. I can barely afford to feed myself?“.

They’ve conducted a HUGE amount of research into what careers have the largest social impact – what careers provide the most effective altruism – and they provide career advice based on this. They believe that the key to a fulfilling life is to find a career that can makes an effective difference to the lives of others. One that has a positive impact and/or does good on a large scale.

Each of the careers that 80,000 has researched is rated on their potential for immediate social impact and on how well they set someone up to have a social impact later on. It emphasizes that the positive impact of choosing a certain occupation should be measured by the amount of additional good that is created as a result of the choice. Not by the amount of good done directly.

They promote the indirect ways of making a difference, which most of us will follow. For example, working hard in a conventional career (e.g., finance or law) to achieve a high salary and then donating a large portion of it to an EFFECTIVE charity. An effective charity is one that is cost effective and has proof that it helps others. Give Well has a list of the most effective charities to donate to. Or more direct ways of effective altruism. Such examples include, working in scientific research or shaping government policy – thus having a hands-on impact rather than playing just a financial support role.

Effective altruists argue that those of us who do not help others cannot solve  the ‘sisyphus problem’.

Sisyphus was condemned by the greek gods to push a bolder to the top of the hill. As he gets to top, the effort becomes too much and the bolder falls all the way back down. Sisyphus goes back down to the bottom of the hill and began to push the bolder back up. But, as he gets towards the top, the effort becomes too much again and the bolder falls. The same thing happens for the whole of eternity.

Effective altruists compare this to the consumer lifestyle. We work hard to get money. Then, we spend that hard earned money on goods that we think will make us happy. We then have to make more money to get more of those goods. It’s a bit like a hedonic treadmill – and we never get off and never feel satisfied.

Becoming an effective altruist, and giving the best that we can, is what gives us meaning and fulfillment in life. It gets us off the hedonic treadmill and an eternity of constantly being disappointed by our effort.

Explored by both Viktor Frankl and Abraham Maslow, self-transcendence refers to the very highest and most inclusive and holistic level of human consciousness. It can only be reached by focusing on an ultimate goal that is outside ourself.

And this ultimate goal? Effective altruism.

In order to truly thrive and find the purpose and meaning of life, we need to help others, to the absolute best of our ability.

If you’re a regular reader, you may have stumbled across my introduction to Logotheraphy and my review of Frankl’s book ‘A Mans Search for Meaning’. Logotherapy is a talking therapy focused on the search for meaning in ones life.

In modern day society, there is a strong correlation between the lack of meaning in ones life and suicide. A study in the 1980’s from Idaho State University examined 60 students who attempted suicided.

An astonishing 85% of them stated that they were lacking a sense of meaning in life. Surprisingly, 93% of these students were considered mentally healthy, with stable family relationships, good performance at university and active participation in their community.

So what does this mean?

Well, the idea is that, when all of your basic needs are met (such as Maslow’s physiological, safety, love/belonging, esteem and self-actualization) what else do you do with your time?

In the language of logotherapy, altruism represents a ‘dereflection’. This is turning the focus away from the self and toward worthy goals, other people and/or meanings to be fulfilled.

As humans, we are not primarily led by instincts that tell us what to do. Our path is not ruled by traditions any more (e.g., women stay at home, men go to work). Thus, once our focus isn’t on basic survival and acceptance, it is often very hard to decide what we want, which can leave us feeling like we have no purpose in life.

We find the meaning of life, and thus fulfillment and true joy, through self-transcendence. Total transcendence can only be found by pursuing goal that is focused on the greater good for many and provides value to others.

Therefore, when our basic human survival needs are met, to be truly engulfed, enthused and empowered by life, we must help, nurture and aid others, with whatever recourses we have. Whether that be volunteering our time, choosing careers that directly aid society or through donations from our large salaries.

PrevPreviousThe 10 Highest-Paying Jobs in 2020
NextSolving the Debate: Should we be Personality Testing in the Workplace?Next 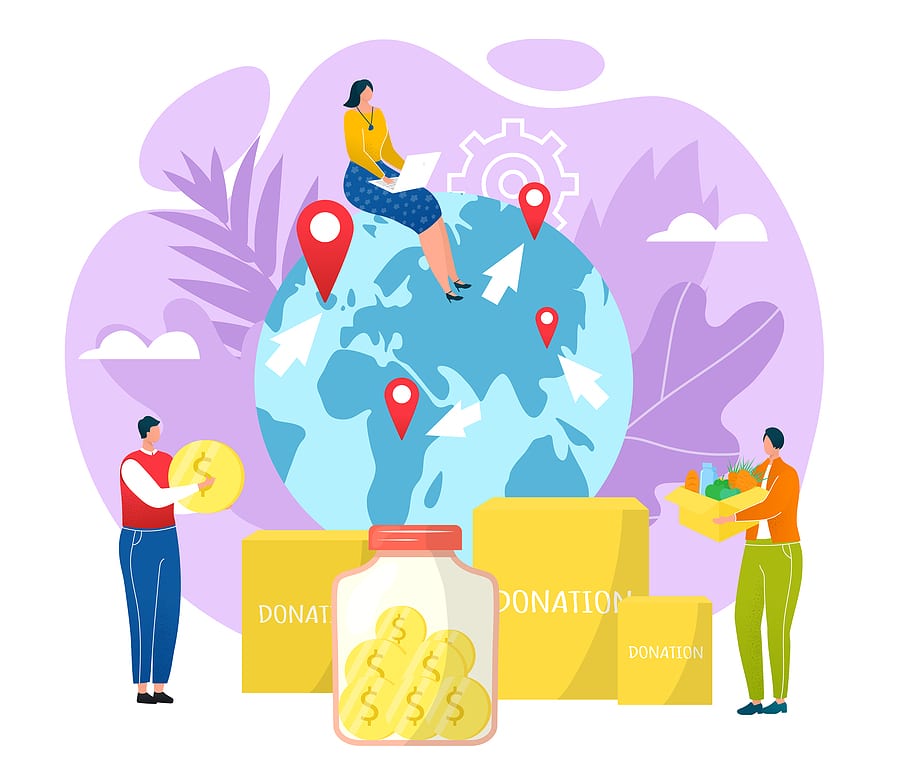