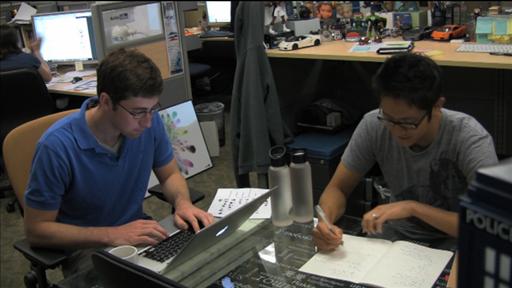 Younger workers tend to be happier with their employers than their older counterparts-but they are also more likely to be looking for an exit. Francesca Donner has details on Lunch Break.

Younger workers tend to be happier with their employers than their older counterparts—but they are also more likely to be looking for an exit.

Those attitudes—culled from a recent survey by consulting firm Mercer of nearly 30,000 workers from a variety of industries world-wide—might seem contradictory, but they do make sense, says Bruce Tulgan, founder of Rainmaker Thinking Inc., a workplace consulting company. Twenty-somethings may see a job in a “short-term, transactional way,” he says. “They don’t necessarily think ‘Where do I fit in with this employer?’ “

The relative happiness of the younger workers may also be a reflection of how unhappy the older group is, says Colleen O’Neill, a senior partner at Mercer. The report defined younger employees as those under 34 years old.

To stem potential losses among younger employees, International Business Machines Corp. has launched rotation-based training programs that expose young staffers to diversity in geography, job responsibilities and co-workers. Those new experiences can keep the employees from getting bored too quickly, experts say.

Meanwhile, scientific instrument-maker Thermo Fisher Scientific Inc. has been sending new hires to at least three U.S. locations over two years. It has expanded the program across a number of job functions, including human resources, research and development and finance. All of the employees who have completed the program were invited to continue on afterward, the company says, and three-quarters of them are still there.

The program helps young employees narrow down where they want to work, both in terms of location and job function, so they are more comfortable settling down afterwards, one employee says. Others say that knowing the company has invested so much in their development makes them want to stick around longer. However, Mr. Tulgan warns that sometimes rotation programs can work too well, building the expectation among young staffers for frequent moves in the future as well.