I must admit that, as an undergraduate psychology student, I never took a particular interest in positive psychology.  In fact, I’d almost forgotten it existed. That was, of course, until I stumbled across Martin Seligman’s book ‘Flourish’, which corrected the flaws of his earlier theory ‘Authentic happiness’ and introduced the new, and novel, idea of positive psychology.

Positive psychology focuses on our well-being and how we can increase it.

It is different to most other forms of psychology. It goes beyond the treatment of disorders and trying to fix what is wrong with us, with Seligman highlighting that “the profession of psychology – which I had just been elected to lead – had been almost exclusively about removing the disabling conditions rather than creating the enabling conditions for people to flourish”. Instead of focusing on how improving our flaws will increase our well-being, positive psychology focuses on how using our strengths will increase it.

Now, many book reviews leave it here – with a short, but sweet, summary of the five main components that impact our well-being.

However, as well as the PERMA theory of well-being, Seligman proposed many other ideas which I also found incredibly interesting and novel – and which have changed my view on positive psychology.

I have noted a few of my favorite ideas from his pretty lengthy (over 400 pages) book.

The ‘broaden-and-build’ theory suggests that our positive emotions broaden and build (hence the name) throughout our lives, creating psychological resources that we call on later in life.

In accordance to this, positive emotions do more than just feel pleasant: they are a sign of growth and that our psychological capital is accumulating.

So, when we are young and engrossed in a conversation with a loved one, we are actually laying down valuable social skills that we can call on and use for the rest of our lives.

The losado ratio explains that the number of positive statements, compared to the number of negative ones, used in any conversation will influence our well-being.

Ideally, in a business setting (e.g., in a meeting) you want the losado ratio to be 2.9:1. So, for every single negative statement made, there is an average of 2.9 positive ones. Whereas, in couples, you want it to be 5:1 for a healthy marriage.

The Michigan Centre for Positive Organizational Scholarship has developed a positive 360 review based on this idea, which can, and should, be used by many businesses.

The 360 is designed to concentrate on how “being in touch with what we do well underpins the readiness to change” and is related to the losado ratio. In order to get people to change for the better, we need to use positive language to make them feel secure in what they can do well, before adding in constructive criticism.

Seligman noticed that we are unhappier now than we were 50 years ago… and no one knows why.

So, as a noble attempt to solve this, he introduced two programs in the hope we can improve the well-being of the future generation.

The first, the Penn Resiliency Program, has the major goal of increasing student’s ability to handle their day-to-day problems. The Penn Resiliency Program promotes optimism by teaching students to think more realistically and flexibly. It is actually one of the most widely researched depression prevention programs in the world, and it has been found to successfully reduce and prevent symptoms of depression.

The second is the Strath Haven positive psychology curriculum, which is designed to help students recognized their character strengths and to increase their use of these strengths in their daily lives. It promotes resilience, positive emotion, meaning, purpose, and positive social relationships.

To achieve things, we first need to have speed. The faster we are, the more material we can learn about the task.

However, not too much speed – the achievement theory argues we also need the slowness to plan, refine and check errors.

Our rate a learning, how fast new information can be deposited, determines how quickly we can learn and achieve new tasks.

Finally, there needs to be self-control and insight. The role of character, deliberate practice and the amount of effort and time we put in, to be successful, need to develop self-discipline

The final, and in my opinion another of the most interesting ideas introduced by Seligman, is that those who are more optimistic are less vulnerable to disease and the negative feelings associated with it – and there is plenty of scientific evidence to support this claim; from less severe symptoms when faced with the common cold, to having a higher chance of surviving heart disease.

Although there is no definitive answer as to why this is the case, Seligman suggests that reasonable hypothesis include:

It is important to note that I am writing this at the time of the COVID-19 global pandemic. To me, the idea that optimism may help us overcome the negative symptoms related to coronavirus is very comforting.

So, there is a pretty extensive summary of Flourish.

Personally, I found the book a bit lengthy, often wondering why Seligman didn’t just summarize down his points a bit more.

However, I am in awe of his work and his ideas. Like I mentioned, I never paid much mind to positive psychology. However, after reading this book, I feel a desire to explore it further.

I recommend this book to anyone wanting to learn how to increase their well-being and help the others around them. It is not the easiest of reads, but it is one that is worth it.

PrevPreviousBook Review: So Good They Can’t Ignore You
NextWhat is a 1099 contractor?Next 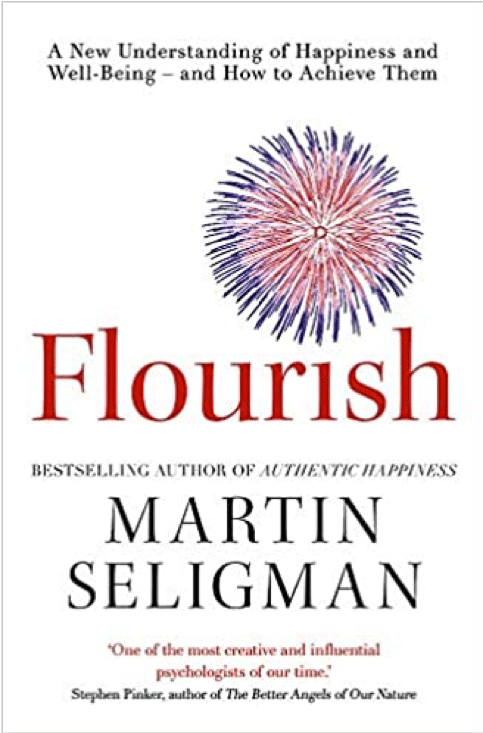